Ok, had to share this: The weird world of fiction writing:
I was getting close to the last few scenes for the short story I am writing for an anthology project, when I started noticing that I had not really defined one of my characters personality well enough. It was like I couldn’t make him talk, he was a stick figure, not a real person. He was a dead puppet. I had to stop writing and figure out who he was all over again before I could go on. After I defined him a bit more, I found out that he wasn’t who I thought he was! That was weird, so strange. He just needed life breathed into him. Very odd this writing thing. I like it! 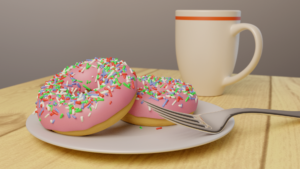 Just an early morning picture form a tutorial I did for Blender 3D.

The kinds of work I have done over the years has followed a progression, an evolving pathway that started with photography, led to print design, to writing and interviewing and added web design. This grew into website and interface design and inevitably led into the world of programming and database integration with web applications. In

all that time I have loved the variety, but I find I am coming back to the thing I started with and enjoying imagery and writing again. These have been in the form of 3d modeling and redering, and in creative fiction writing. I am currently involved in a project with a few other aspiring authors of various experience seeking to collaborate on an anthology of sci-fi stories. We have been world building a place for these stories to 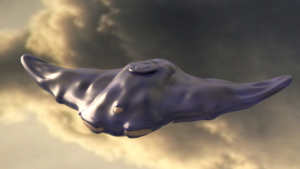 come to life, and I have used my 3d design to bring some visualization to it as we start into the actual writing of our stories. I will post a few fun images here to tease a bit about the project.

#scifi food selection of the day... from #StarTrek.
Pro Tip: When you heat the sauce, make sure it is thick enough to Klingon to the chicken.

A fantastic uninterrupted view of a SpaceX Falcon 9 first stage touching on one of the company's drone ships.
Credit: SpaceX

My kind of news day:

Thanks so much to Seth at I Heart Sci-Fi (@iheartscifi1) for sharing his very kind thoughts on Aestus 1 and allowing me to share mine on writing! Glad you’re enjoying Aestus :)